Alor is the very end of East Nusa Tenggara province. Keep travelling east and you would reach Wetar, the beginning of Maluku.

Alor is mostly known as a great diving destination, something on which I cannot give any personnal feedbacks for reasons I will explain below. Besides that Alor is interesting for the Papuan influence on the local language and even the people of the interior.

As you will see on the map at the end, I explored a rather small part of the island. Roads are far from excellent and you would definetely need some Indonesian to explore the interior of the island.

The main town of Alor, Kalabahi, is located on Alor Kecil, the north-west tip of Alor island. This is where the ferries arrive, where you have most of the accomodations as well as the ATMs.

It would be good to rent a motorbike to explore on your own.

In town, the Kalabahi museum is well worth a visit, they have a great collection of bronze drums (called moko) probably imported from Vietnam by traders during the Dongsong period. The traditional warriors outfit made out of tree bark are also worth a look. They have many archive photographies of the indigenous people of Alor. The proximity with Papuan is rather striking. Entry is 15’000Rp.

From Kalabahi, take the coastal road towards West. At the moment the roads turns to the North, you will be facing Kepa island. This is where you have the historical French-run dive center of Alor.

A bit before you reach Kepa, turn right inland to reach the village of Bampalola. Actually there are 2 villages : the new village and the old village which is now inhabited but used from time to time by inhabitants for customary ceremonies (the largest in April after the corn harvest and in July after the rice harvest). A guardian stays there most of the time and will ask you to fill a guestbook. Sign it and put 10’000Rp per person in it.

The old Bampalola can be accessed on foot only (about 20 minutes one way).

The new village of Bampalola (which can be accessed by motorbike) looks half as a corn field and half as a village. It’s interesting that it has both Muslim and Christian inhabitants, who choosed to follow different path when they abundonned the ancient animistic religion.

Litteraly ‘white stone’ beach, you will find it by following the coastal road north of Alor Kecil. Some portions are rather damaged but nothing unmanagable.

If you want a secluded beach set in a large bay with very friendly villagers, it’s a great pick. Homestay can be arranged with the locals.

A couple of other traditional houses can be seen in the village up the hills north (like Mombang/Bang Towo) of Kalabahi but there are not the best I’ve seen.

I’ve seen very little of Alor Besar, exploring it would require some patience and dry weather to keep the road drivable.

If you want to have an overview you could do first drive to Takpala village, which is a living museum. It’s possible to buy some local craft and to dress up with the traditional outfit for a fee. Nonetheless the guardian of the place is very welcoming and friendly. As usual, a 10’000Rp/pers donation in the guestbook is recommended.

All the historical population of Takpala has converted to Christianity.

Then you could keep driving towards Lakwati (about 1h from Kalabahi) to have a peek at the life inland. Villages are still very secluded. 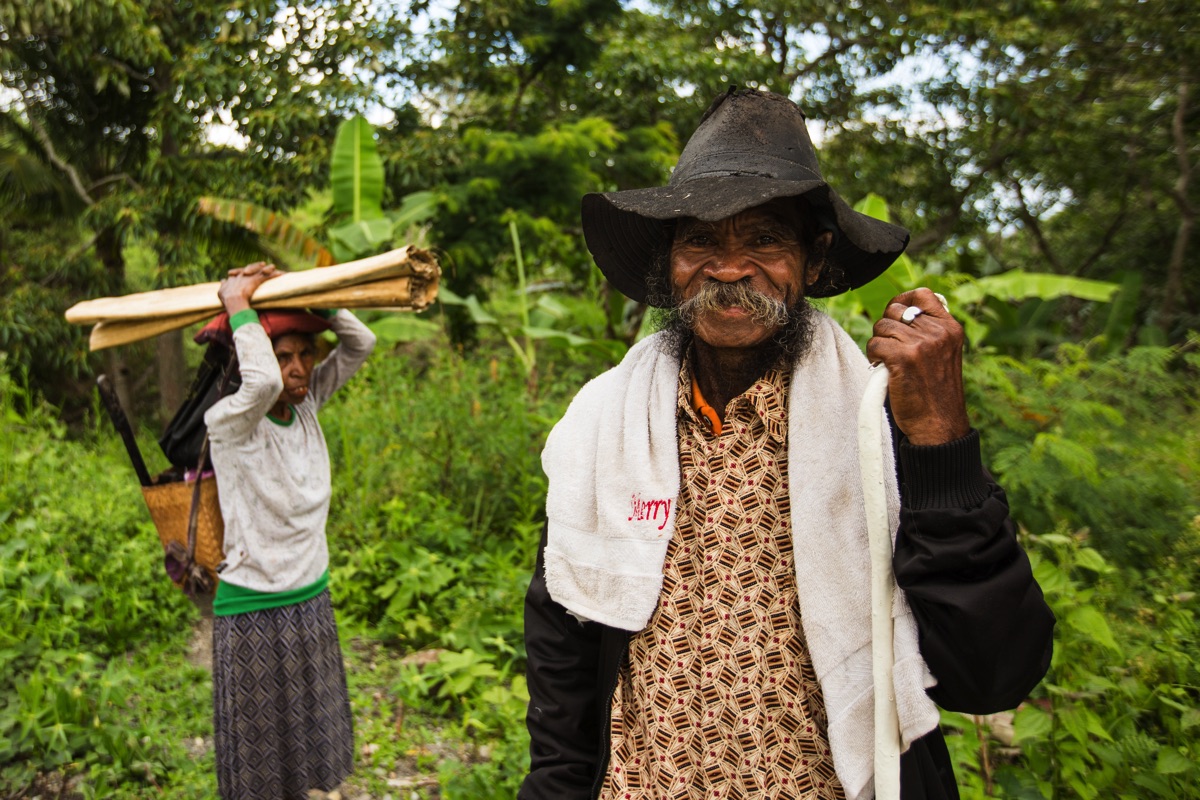 Every single accounts I heard about diving in Alor was great but unfortunately there is a catch : most of the dive operators stop their operations between December and March.

When I visited in December 2017, I thought there would definitely be some local operators still running. Turns out this is more complicated. Here is what I understood from the diving scene

La Ptite Kepa and Alor Air Dive are definetly closed from December to March. Alor-Dive and Dive-Alor-Dive are open but when I visited, Donovan was in Australia and Matthias was undergoing a surgery in Surabaya. So turns out I couldn’t dive.

Diving in Alor is not the cheapest but you can still manage to pay a reasonable price.

I met 2 couples experienced with the diving business in Bali and in Raja Ampat who were working on opening additional diving center during the week or so I spent in Alor.

A good up to date source of information is the website of dive center La Ptite Kepa.

2 Pelni ships call in in Kalabahi once per month (reliable price and schedule of upcoming trips available online) :

I’ve written a quite detailed article about boat travel in Indonesia with tips as well as detailed schedules of Pelni ships. You can read it here.

Besides Pelni, ASDP has regular ferry route in the region (don’t trust the schedule online, it’s not reliable. Better contact directly ASDP regional office in Kupang to get the current schedule, ask in Indonesian by Whatsapp at +62 823-4095-8883)

It should also be possible to cross to Pantar island by a wooden ferry but I don’t have any information on that.

Alor airport is served by a number of airlines (Garuda, Wings and Sriwijaya) mostly from Denpasar and Kupang.

To get to Alor airport, go to Telelang market (about 4’000Rp by angkot from town). From there, you have at least one minibus per day leaving for Mali village after the market, he can drops you at the airport on the way for 5’000Rp.

Otherwise it should be easy to arrange a transport by taxi or motorbike taxi from the airport I guess.

I’ve stayed at Homestay Cantik in Kalabahi. Got the room for 150’000Rp and the motorbike for 75’000Rp a day. Chris and his wife are very friendly. You can eat there for dinner but tell them beforehand.